Is tech harming your child? Yat Siu presentation on Children’s Learning Styles in the 21st Century

As part of the ThinkBlaze mission to explore interesting ideas and concepts in technology, we present Outblaze founder and CEO Yat Siu speaking at the Dr. Louise Porter Conference held in Hong Kong on March 9, 2013, on the topic of “Children’s learning styles in the 21st century”. Yat discusses the influence of technology on children’s learning styles and provides suggestions for raising children in technology-rich environments. It’s a fascinating topic presented by a leading technology entrepreneur and father of three.

In the presentation, Yat suggests that the ubiquity of high technology results in attitudes and behaviours that have become based on variable technological cycles, rather than fixed biological cycles. The younger generation, known as generation Z, is growing up immersed in pervasive information technology like mobile computing. For Generation Z, technology usage is an “always-on” instinct and is perceived as completely natural. A humorous example is the YouTube video of a 1-year-old who, after making swiping and pinching gestures at a glossy magazine, seems to conclude that a magazine is a broken tablet.

A number of concerns exist about the extent to which technology is integrated in young ones’ lives and about possible negative effects of technology on children (e.g., see this article).

The American Academy of Pediatrics discourages the use of screen media for children younger than 2 years, and recommends limiting screen time for older kids to less than two hours a day (the AAP’s position is provided in detail here). Concerns about negative effects on children of regular prolonged screen exposure are fueled by some studies that suggest a link between screen exposure and developmental and behavioural changes.  Moreover, according to Dr. Jim Taylor, a professor at the University of San Francisco, technology may foster a family divide because of reduced real interaction between children and parents.

Videogames have been the target of concerned parents’ ire for decades but a longitudinal study following 5-year-olds found no adverse effects for videogames. Unlike most other studies, this one distinguished between consumption of TV and of videogame media. The researchers found that prolonged exposure to TV (3 hours or more daily at 5 years of age) was indeed associated with a slight rise in conduct problems, but time spent on videogames was not. Aside from TV’s effect on conduct, the authors concluded that “No associations were found between either type of screen time and emotional symptoms, hyperactivity/inattention, peer relationship problems or prosocial behaviour.” 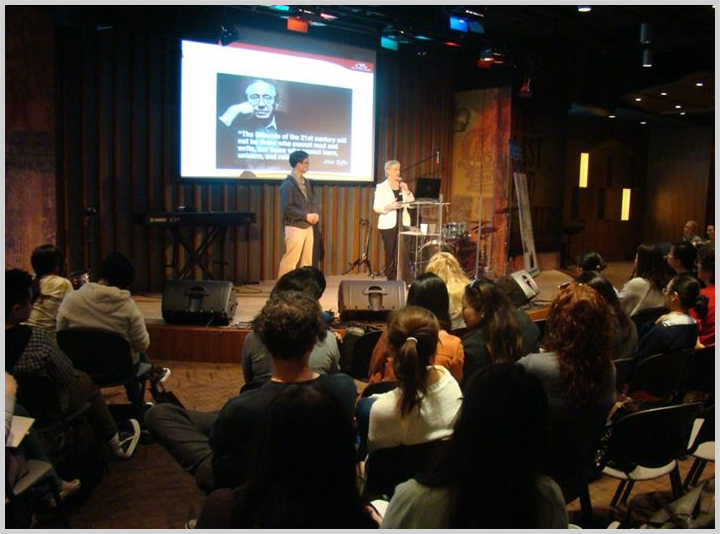 Old prejudices may be starting to fade as it becomes increasingly likely that videogames may have generally beneficial effects. In healthy doses, of course.

As he explains in the video, Yat believes technology (including videogames) is not automatically harmful or dangerous to young children if it is appropriately managed and supervised. He believes that well regulated searching, discovery, coding, gaming, socializing and generally using technology devices and services in a self-motivated manner are beneficial activities and more likely to result in ever-more important technological familiarity and skills, stronger family bonds and other beneficial effects.

Yat maintains that some of the parental worry about children’s technology use is that parents do not perceive technology in the same way their children do – whether it’s a social network or a piece of hardware. The older generations grew up in different environments, different education systems, and with much less technology than the younger generations. To a four-year-old, the latest tablet and a book of nursery rhymes both appear as completely natural phenomena. Remember that the modern smartphone revolution is only about 5-6 years old, and tablets did not start becoming truly commonplace until a couple years ago! If you are reading this today, you probably grew up in a world that, to the average young child in a developed country, would appear wholly primitive and utterly lacking in features and functionality.

Dr. Porter notes in the Q&A session that childhood has always changed through time and that it differs radically not only by (biological) generations but also by region and culture within the same generations. Adult nostalgia for our own (comparatively) tech-poor childhoods could be inflating today’s concerns about technology and kids. Watch the video for Yat Siu’s take on the influence of technology on children’s learning styles.